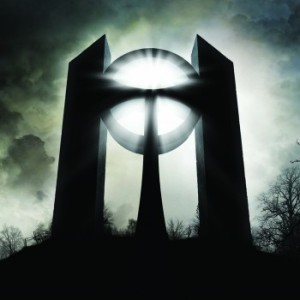 A quick peek at their discography will tell you it’s been 24 years since Amebix last put out a full-length album, putting them in a close second behind The Misfits for “Longest-Running Hiatus by a Punk Band” (since we can’t count any of the middling albums The Doppelgänger Misfits have put out in the last nearly-three decades). Unlike Misfits Nü, Amebix still is a punk band, and a startlingly proficient one at that. Sonic Mass is their first release on their own independent label, and features Rob “The Baron” Miller (returning from his career as an amateur sword-smith – seriously) and his brother Stig (not that Stig) teaming up with Stone Sour drummer Roy Mayorga to effectively school everyone in the art of aging gracefully and redefining their band’s relevancy while successfully approaching grandfather-age. Of course, if you’re simply listening to it, none of this matters: Sonic Mass transcends all expectations and reveals itself as an exciting, suitably epic piece of work from a band that must have decided to take that quarter-century off to make sure things got done right.

Without knowing their history (as I initially didn’t), you’d be forgiven for assuming Sonic  Mass was the emerging debut album of some The Sword and Mastodon-influenced British heavy metal band. The riffs are sludgy and heavy, they’re dense and rife with distortion and repetition, and the vocal wails and growls are dead-set in their commitment to ancient rituals and Gods, warfare and the brotherhood of man. Amebix’s comeback work is a concept album, and it’s intricacies aren’t likely to be immediately apparent (don’t expect a plot summary here!). However, each successive listen reveals more and more of the rich sonic texturing and thematic polemic going on in Sonic Mass. As the title might suggest, this is straight headphone-music: given a second (third, eighth) listen, the crushing repetition on tracks like “Sonic Mass Part 2” gives up hidden technicalities and depth – you begin to notice the triplets in the drum-line shifting back and forth, the way the lead guitar decays into the background off the chorus, that the lyrics aren’t generic anti-God warfare; they’re a protest against the generational violence perpetuated by man-made religious institutions – apparently all religious institutions, throughout history. They’re a call for a return to human solidarity: “We all were brothers once/and shared the secrets of the stars/one thousand years ago/and now we die for this black blood” The Baron sings in his guttural timbre over “Sonic Mass Part 2”’s bulldozer riffs. His obvious vocal similarities to Motörhead come out on tracks like “God of the Grain”, where he evokes Lemmy to position himself as all Gods; “For I was here before all time/I am the center of the flame/Every age shall know my name” he howls, listing off several of his allegedly synonymous names, calling on history’s cyclical fascination with deities, implicitly protesting it. They find time to deal with the genesis of man (on the gorgeous “Days”), the fall of universal brotherhood (“The Messenger”, “Sonic Mass Part 2”), the ravages of warfare and hatred (“Here Come the Wolf”), and finally a climactic awakening on “Knights of the Black Sun“. Sonic Mass is a thematic juggernaut of an album, uniting the human condition of all eras, lamenting that whatever human unity that must once have existed has been forever lost to cyclical conformity, factionalization and warfare – and of course that’s just a surface summary.

For all this heady concept-album positioning, accusations that Amebix might be pretentious or inaccessible spring to mind. I make no secret of my love for concept-work: I own the Mars Volta discography, I thought Die Antwoord made sense, I liked “808s and Heartbreak”, but Amebix sidesteps these accusations through sheer listenability. Sonic Mass, to any fan of sludgy metal, will prove a totally enjoyable (if crushing and epic) assault. It draws itself into subtlety and atmospheric suites when necessary (as on the album’s opener and closer), it fades between dynamics, and it plain manipulates chord-repetition in a more engrossing way than I’ve heard all year. And then, without warning, it will drop into some kickass metal (that, as is so rarely the case, also happens to be mature and intelligent). All this, and it’s still punk: while not as obviously anarchic as their previous work (remember, that was the 80s), their thematic content and polemic lyricism retains those connections while trading crust-punk thrash for densely produced heavy metal – hear some and you’ll see what I mean. Sonic Mass is epic, it’s empowering and it’s relevant, and coming from such a long-defunct band it could easily have been a dull cash-in. It absolutely isn’t. With Sonic Mass, Amebix reintroduces itself to the music scene, and does a damn respectable job of it.

The Reviewer’s Integrity Act says I can’t change grades after the fact, but after much deliberation (and a conversation with Ryeburg), I think Sonic Mass deserves an upgrade to: