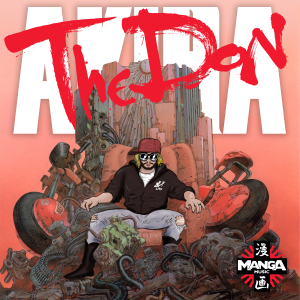 Ten years ago my oldest friend and I went down to Metrotown, a giant mall here in Vancouver. We wandered around for a while before hitting up the A&B Sound that used to be next door, which at the time was the joint for folks in search of cheap media. Forty bucks and a couple of hours later, he was the proud owner of Ninja Scroll. I took home Ghost in the Shell. A couple weeks later I bought more. And more. Later I’d discover online streaming, and scan-lated manga online, and then American comics, and then a class full of all that awesome stuff in University. That day, we’d begun our journey into full-on suburban white-kid anime obsession. Flash to present day and I’ve still got that copy of Ghost in the Shell – and it’s publisher, Manga Entertainment, is twenty years old. Did viewing Ghost in the Shell and Ninja Scroll at my young and impressionable age deeply alter my perspective on illustrated storytelling, the Japanese aesthetic, and foreign media in general? Absolutely. I’m not the only one, either: this autumn the appropriately-named Akira The Don drops his tribute to twenty years of Manga Entertainment, the studio that helped open the minds of (and in some cases defined) an entire generation of Western kids. Enter ATD 26: Manga Music.

So who the heck is Akira The Don?

ATD 26? The Don? What’s the deal with his accent? All valid questions – so let’s talk about Adam Narkiewicz for a minute. The man knows his marketing: he’s the proud admin of the only artist site I’ve ever actually bothered to browse more than once – it’s a treasure-trove of his crazy amount of projects. On “Golgo 13” he’s more than happy to remind us that he makes comic books, produces his own beats, sells shoes and clothing, raps, sings, mixes as a world-record-setting DJ, is a music journalist, is a cartoonist and animator, loved “Red Dead Redemption”, invented the free online mixtape back in ’04, produced his own magazine at 17… and the list basically goes on. First British artist signed to Interscope Records; first British artist to dump Interscope Records based on creative differences (read: corporate nonsense). He’s a Welsh guy. He’s a Bromwich guy. He used to sell drugs. He raps about proposing to his wife. He gives away an album-quality mixtape every now and then, and the next one, Saturnalia Superman: Akira The Don Salutes the Majesty of Christmas, is due in about a month. He’s a positive dude, and the friendliest Twitterer you’re now following. He’ll probably even read this and crack a grin at his extensive list of qualifications: the point of the matter is that Adam “Akira The Don” Narkiewicz works for his money, and for his work ethic alone makes himself well worth your attention.

If you’re sniffing out a cult of personality thing going on here, you’re right. A great deal of what makes Akira such an appealing figure is the casual frankness with which he discusses all this in his music – without mincing words I can say he’s the most approachable-sounding rapper you’re ever likely to listen to. There is absolutely zero pretension here. Who better to cut up a whole album constructed out of Manga Entertainment releases (or Street Fighter)?  Understanding who Akira is and why fans love him is an integral background to understanding what I’m about to say about Manga Music, which makes this the part where you say, “Right, Transylvanilla, so just how is the damn music?”

Oh, right. Back on topic.

Manga Music, like so many of Akira’s various projects, is available on his site for free – provided you’re comfortable with a one-track mp3. What this means for us is that I listened to it like a vinyl album: no track-skipping, no navigation, no clear way of telling which track I was on; just me and an hour of Akira and friends (complete with a topical record-sleeve). The consequence of listening through Manga Music like a suite is that the production gets drawn out – you realize that this is likely Akira’s finest-produced work yet. He’ll tell you on the second to last track that this was his first project produced with Logic, on a Mac (in lieu of Acid Pro, on a PC), and the difference absolutely shows. Sure it’s literally an hour of chopped anime samples, nicked from Manga Entertainment releases and strewn with hip-hop beats, but combined with Akira’s comfort on the boards, Manga Music takes on a strikingly organic feel. None of the beats or samples here ever feel forced: the female vocals pulled from “Full Metal Alchemist” are gorgeous and jive nicely in between Akira’s autobiographic rhymes and Time’s metronome delivery, “Golgo 13” drops brooding, bouncing synths that remind me of the Final Fantasy VII motorbike music, “Ghost in the Shell” samples a haunting vocal feature from the film’s intro, to great and epic effect. “Dominion Tank Police” finds time to include Sisters of Mercy sample that will have fans hopping out of their chairs and shouting “Aw COOL!” (just like I did). On “Afro Samurai” Akira even comes up with a reason to sing us a little Cat Stevens – it’s a testament to his growing skill as a producer that none of these samples or loops ever feel gimmicky or out-of-place. On ATD 23: A Tribute to the Music of Street Fighter some of the beats were clear experiments or fun asides; here on ATD 26 every single track merges into a cohesive whole, each one one happily playing off of that bombastic musical atmosphere that Japanese anime has long-since established as its trademark. Manga Music’s production is tight, it’s focused – if only the samples had cleared, The Don could very easily have charged full-price for this.

So the production is gorgeous. How’s the rapping? It’s pretty solid. When Jack Nimble drops “dodging clockwork killers and tick-tocking geurillas” on “Ghost in the Shell”, the imagery is powerful, it’s concrete, cemented by his exaggerated, matter-of-fact flow. Akira himself makes a highlight out of “Full Metal Alchemist” – sure he’s referencing his drug dealing past, but it’s his honestness, his glamour-less exposition that gives his work it’s power; he’s as comfortable reminding us that shouldn’t have survived his lifestyle as he is regaling his (apparently awesome) wife on The Life Equation’s “Babydoll”. Envy’s missing from this album (which can’t count as a knock against it, since I just like Envy), but a special nod has to go out to Big Narstie, whom I’ve enjoyed more on this album than anything I’ve heard him on in the past. His voice is enormous (he isn’t small, either). He oscillates between an all-out vocal assault that borders on anguish (his Twitter signature is #PAIN), and surprisingly nimble imagery – on “Ninja Scroll” he not only finds time to sing the chorus, but deliver the line “A snake for a penis – is this a nightmare?” in such a way that we actually take it seriously. “Urotsukidoji” features Littles – and at times stands a chance of reminding you of Frank Ocean – combining a handily sung chorus with hazy production and slurred, drunken delivery of his and Akira’s apocalyptic rhymes. Even at it’s most serious, everyone on Manga Music sounds like they’re having a blast – a sensibility that’s long been Akira’s signature. It isn’t that the album is free of subtance – far from it (though there is the usual mixtape reliance on guest-spots, whose varying quality may turn off some), but there’s a clear love of the craft here. There’s real merit in The Don’s arguments against major-label deals, if it results in raps as comfortable and solid as this.

ATD 26: Manga Music isn’t my favourite Akira the Don project (a 29+ project discography will do that), but from my (incomplete) experience, it’s his most structurally cohesive work since When We Were Young. It features his greatest achievements in production (ATD 25 being a close runner-up), a point that guarantees its must-have status amongst Manga Entertainment devotees, but surprisingly opens it up to a wider audience as well. Akira takes his time on this one, he lets the beats ride out long after the verses expire, he takes the time to produce largely instrumental tracks with “Macross Plus” and the extensive vocal intro on “Urotsukidoji”. To the one-track listener (like myself), this proves greatly rewarding: not only does Manga Music hold your attention, but it functions handily as a suite (if not quite a concept album). If you haven’t discovered Akira the Don and his giant back-catalogue of freely-accessible music, now is the time. If you’re already a fan of his whatever’s-going-on-in-my-life rap style and unconventional production (for some an acquired taste), you’re in for a treat. ATD 26: Manga Music is an album-quality mixtape, from a man who has made a habit of producing album-quality mixtapes, and puts much of the free mixtape scene to shame. Put it on gratis, let it (digitally) spin for an hour, and then feed him some digital money for the high-quality downloads. Manga Music is worth our collective attention.

(I told Akira that I was hoping I’d be able to rate ATD 26 on a scale of FRESH to DOPE, so let me break character for a moment here to say that ATD 26 “be like on some Rotten Tomatoes; Certified FRESH.” )