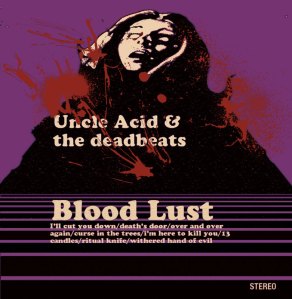 So I spent this last weekend participating in the free three-day trial of Killing Floor. Whatever notions you might have about a game called Killing Floor are significantly more nuanced and thematically complex than Killing Floor itself, I promise you. This is a game whose average gameplay-session runs to the tune of “Oh look! A zombie. You have shot him; you are in a haunted barn. Now you’re petting the cat. Another zombie! Try and shoot him while calling your girlfriend, or eating some corn chips for the extra challenge!” – they were thought-provoking times, indeed. Yet I found myself drawn to modest Killing Floor, the first-person shooter in a very long and proud history of FPS’s, doing exactly what it loved to do and doing it to the full extent of its slight ambition. I ended up playing a number of hours, hitting a groove, dropping those zombies like it meant something, man, and by the time the trial ran out I was bored and satisfied and moved on with my life. Looking back, though, I sure wish I’d had Blood Lust for my soundtrack.

I’d never heard of Uncle Acid & the Deadbeats before the other night, when Ryeburg pulled through with the weekly metal reconnaissance, predicting jazz and doom (in that order). As luck would have it, this is only the Cambridge startup’s second full-length (after last year’s Volume 1), and they’ve been hard at work perfecting how best to channel Black Sabbath into psychedelic sludge while making the whole thing sound like the soundtrack to some forgotten 70’s horror-exploitation flick. Who knows – maybe they even used broken amps and fuzz pedals to record in a haunted barn or something. Oh wait. Yes, Blood Lust really is the concept-album tale of an insane and sadistic drug-addict – whom apparently hunts a witch and then finds the devil – recorded in a spooky slaughterhouse by men with broken equipment: perhaps subtlety and sophistication aren’t Uncle Acid’s strong points. What is amazing, though, is how damn good they make it all sound.

Uncle Acid & the Deadbeats are revivalists at heart, churning up a blend of heavy, sludgy riffs into a blues chug that only ever slows down once, for “Curse in the Trees” (before the oddly pretty bonus track). Lovingly gathering the majority of their cues from early Black Sabbath, Uncle Acid makes doom metal, taking its time, plodding through a psychedelic cloud, their eerily high-pitched singer cutting something like a corrupted falsetto wail through the fog-machine haze. His lyrical themes wander from murder to witch-hunting to drug-laced murder again, and by the time the group closes out “Death’s Door” (the second track) you’ll already have formed a staunch opinion on their musical direction. Likewise, you’ll also have an informed opinion of what the rest  of the album sounds like: as with so many revivalist groups, luxuries like significant track variety are likely to emerge later down the line (notable exceptions being the aforementioned the crawling, menacing “Curse in the Trees” and bonus “Untitled”). There’s a storyline here too, but you won’t catch it on your first listen – and that’s perfectly okay. What you will catch is crunching and hypnotic riffs, echoing 70’s-style guitar solos (with the appropriate grain filter) and vocal harmonization with enough texturing and density to really sink your teeth into (bad joke, I know).

Blood Lust, like Killing Floor before it, knows exactly what it wants: as the proposed soundtrack to a 70’s exploitation flick that could never be, it functions brilliantly. As an extended homage to Black Sabbath, doom metal, and seemingly more recent progenitors of revivalist classic-metal like The Sword, it’s a love-letter, and quite a good one, avoiding the dead-boring copycat antics and posturing of so many other revivalist bands. Blood Lust stands quite handily on its own too, with its conceptual lyrical components uncomfortable and descriptively vivid enough to withstand critical readership, and its chillingly unique vocal ticks handily setting it them apart from its multitude peers. Like humble Killing Floor, Blood Lust slides really nicely into its groove, and while it is a bit low on ambition – tracks can be repetitive, and some run long – the final bonus track (“Untitled”) drops a tantalizing hint of what the Cambridge creeps are capable of in the long-term. For now, though, I think I can start stockpiling music for next year’s horror-movie season: Uncle Acid & the Deadbeats fulfill their promise in spades. Someone get Rob Zombie on the phone.